I remember when I use to have a blog, you remember when I had it too don’t cha? Oh the casual rants of a middle aged woman seeking to show the world that she was the biggest, baddest, smarty pants of them all. Balancing job layoffs, full time work, full time school, marrying off her beloved daughter, what the shit happened?

After birthing my graduation and Sheldon’s royal wedding, I somehow ran out of words, hard to believe.  I see dead people, okay not really you fraidy cats. Stop it. The quick brown fox jumped over the lazy dogs. See, all the letters of the alphabet at least are at my fingertips.   But I’m going to just throw up on paper what swirls in my head. 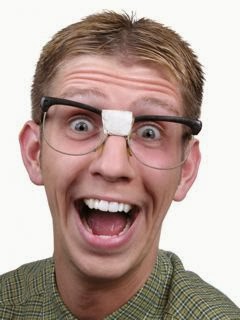 I had the opportunity to revisit ASU last week under the guise of promoting the Engineering Career Fair. Sweaty palmed males wearing suits purchased for their sister's wedding clumped together like geeky future colleagues.  The wafts of Axe Body Spray alternated with overwhelming body odor that could kill a pyramid of cheerleaders.   Every moist and limp handshake made me feel compelled to gargle with hand sanitizer.

Apparently I am not considered booth babe enough for the raging male hormones and Beer Girl was assigned to “help”.  Her long flowing tresses and fake boobs certainly enticed the shy awkward boys in but instead of asking questions about their career goals and GPA, she quizzed them about the best spots for 2 for 1 shot night.  They gobbled her up like trick or treat candy.  This week's (or frankly this season’s) recipe is a simple avocado salsa that Sheldon fed me on one of my trips to see my beloved baby girl.

Throw it all in a bowl and stir. Done. Easy as pie people.  We ate it on top of grilled fish and then the leftovers with a spoon.  That way we could convince ourselves we were all noble and diet like because we didn’t use tortilla chips to scoop it up.

How I’ve missed the campus life. It seems like a hundred years ago since I graduated but in truth, just a mere 10 months ago that I had fodder for this pathetic blog.  Seeing girls wearing shorts with their lady parts hanging down and Ugg boots have invigorated me.  Let’s hope the inspiration continues, next week maybe I’ll tell how I didn’t key that guy’s BMW and instead resisting the daily urge not to swing my car door into his for a well-deserved door ding.  Go Team Tuna.