As much as I love Super Boss, he has the attention span of a gnat.  He is the first to confess that he is easily distracted by side conversations, email……….donuts. Just about anything.   And he retains only about half of what I say since he brain drifts off, the female voice must operate at too high an octave or like a dog whistle. 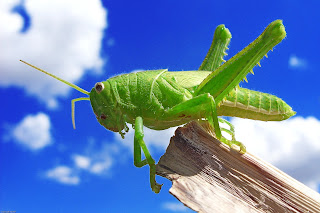 I had a meeting with him and New Engineer, super shiny and smart, to discuss a particularly challenging design issue in his paper crammed office for which we didn’t have the project background.

“Let’s call Joe, he has all the info”. Picks up his phone, gives a little laugh as he reads a text from his wife, and commences to tell a cute follow up story about his daughter.  Puts the phone back down.

New Engineer:  “Now I know what you’re talking about.”

During my annual review as we were ticking through my previous development goals, it dawns on him that 99.9% of my action items were preceded by something HE was supposed to do first.  During this same group hug, I pointed out he had never sent me the job requirements for the fancy job promotion.

“I didn’t? Let me do it right now.” And embarks on looking through his email and then starts reading client emails to me.  2 months later, I’m still waiting to receive.  He compensated by giving me a nice raise and a little bonus.  Scared I’ll leave and he’ll have to depend on himself again for all his organizational shortcomings.

Put chicken breasts in a ziplock. In a bowl, combine oil, lime zest, cumin, soy sauce, salt, sugar, curry, coconut milk and lime juice and pour over chicken. Marinade for at least 2 hours or better overnight.  Grill chicken until done. If you save the marinade and cook in a small sauce pan boiling for 4 or 5 minutes to kill the bacteria it is worth the effort.  You can either serve over rice or better in tortillas with lettuce and tomatoes.  Garnish with cilantro.

The big galute is also like having a teen boy who speaks before thinking the whole thing through.  One of our goals in 2016 is to work more on the marketing efforts. I am trying to not channel the spirt of Beer Girl, I certainly don’t have her giggle or boobs.  I’d set up a meet and greet with a particularly short architect we’d like to do a little business with.    They were hitting off famously, talking about San Diego and golf games. I zone out at this point since golf is a ridiculous game, the same response when it comes on TV and I fall asleep to their droning stiff upper lip voices.

And then Super Boss launches into to a funny golf story involving a side bet that his buddy could drive a ball from he’s knees further that the MIDGET that was doing  a golf promotion. Snapped me right back into it.  He knew it was wrong as soon as he said it but couldn’t help himself, he didn’t know how to stop, he said midget 5 more times.  Stop. Talking. Now.   As we stood up and said goodbye, I couldn’t help but notice said architect only came up to my armpit. No hard feelings I’m sure.   I’ve got three more potential client meetings scheduled with Super Boss this week. Focus Grasshopper, snatch the pebble from my hand. Wish me luck Team Tuna.
Posted by Mrs. Tuna at 7:32 PM 11 comments:

Hello. It’s me.
I was wondering if after all these years you’d like to hear me. (Adele)

Okay, maybe it hasn’t been years. But it certainly has been more than 45 minutes.  Long enough for a beer run certainly. But truth be told Team Tuna, misery is what sparks the snarky part of me.  Since leaving Endless Engineering, it has been coasting along. I did hear that Beer Girl with her long blond hair extensions and fake boobs left, no doubt once I bailed she was over faced with having to do her own freaking job.

But my Facebook page has been suddenly getting a little action including a few new followers in the last week, thanks Kathy and Marion.  We’ve never met but I am a bit of a follower whore. The daily views could be by someone who recently defriended me, I wonder if they think I might write a post about them. It could happen. Blocking me from you Facebook is the equivalent to an electronic restraining order.  And very tempting.

Things however been a bit jammed packed with buying a house, selling a house, packing and lugging our shit across town.  The same faithful friends showed up on moving day but it only served to show that not only are we 15 years older, so are our friends.  The Big Tuna and I had a Thirty Three and a third wedding anniversary party to celebrate the new digs. A third of a century, that’s in real time, not dog years. 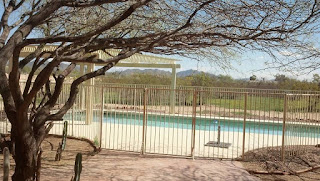 Additionally, I did a cross country trip with Sheldon to move her from the icy east coast since the Brit got a fab job in Seattle. Word to the wise, never, ever, ever, get off the Texas interstate during an icy storm to drive on the frontage road because it might appear it would be faster.  Never. Ever.  Mommy’s imaginary brake pedal was in overdrive. At least now we’re on the same time zone to talk on the phone.

Better Engineering is still pretty entertaining. I mean it still has its challenges with the 12-year olds, Grumpy Guy and Super Boss but meh, its fine.   The other Project Manager stole one of my 12-year olds and replaced him with an Autistic Engineer, Augie.  The sole reason they assigned said engineer to me was to document him to be fired with my amazing way with writing words. Something all of you already know if you’re reading this blog. It didn’t bode well for him when he tried to awkwardly flirt with me.

“Not possible, how old are you” as he fidgeted and wrapped his arms around his own waist to give himself a little self-hug love.

“That’s WAAAAAY older than my mom! I mean WAY older.”

This is going on your permanent record for sure. Fortunately I made him go through enough flaming hoops to make him quit rather than having to fire him. Sigh, everything I learned about managing staff I learned by being the parent to a teenager.

Since I am still working a zillion hours a week, I did stumble upon an easy crockpot meatloaf.  This is after all a recipe blog.

Place carrots in the bottom of your crockpot. Combine beef, sausage, onion, ¾ cup ketchup, breadcrumbs, eggs, ½ teaspoon garlic powder, Worcestershire, salt, pepper, mx well with your hands. You won’t die from touching it, do it.  Form meat into a loaf and place gently on top of carrots.  In same bowl, mix remaining ingredients and spread over the top of the loaf. Cover and cook on low of 8 hours.  If you felt inclined, you could serve over some mashed potatoes.

Maybe this little post will inspire me to crank out more posts. I could write about the drunk employee I just fired, Super Boss’ major ADD, world domination of the volunteer organizations or my brand new horse I just bought for a dollar.  Dealer’s choice. So show me a little love by commenting so I know I’m not in the dead zone. Good week Team Tuna.