So Team Tuna must be wondering what the hey? She took the final exam and scored an amazing 95% so why hasn’t she posted every stinking day? Because her damn building has blown a major transformer and only has back up generator power since Monday morning. Mrs. Tuna had to hike down 30 flights of stairs clutching her lunch, gym duffle, and oversize purse like a bag lady in high heels to avert potential rescue by handsome fire fighters. She was wearing a very short dress and being hoisted over their shoulders and letting her naughty parts flash to the world didn’t seem like a high enough payout. 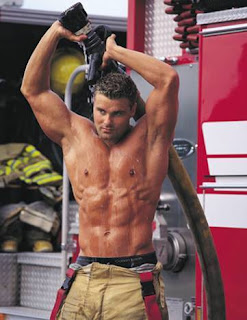 Giant Engineering Company does not sadly pay unless you play. Trying not to be too bitter about having to use PTO for down time, isn’t it equivalent to a snow day or something? Floors 20 to 31 are down for the count. Our computer geeks were able to scurry up to the upper tombs and snag our computer towers and set up shop on the eighth floor where most of us have been sitting ass to elbows, crammed into conference rooms and around lunch tables. But being nice to the IT groups has its perks, they liked me so much they set me up in an office by myself since they know I don’t like people in my personal bubble. Gotta buy them thank you Starbucks gift cards to keep the electronic love coming.

The property management company has managed to hook up one lone elevator to serve the entire building with thousands of workers. This means waits for sardine can like rides of anywhere from 10 to 20 minutes where you incessantly push the elevator button, willing for you turn in the cage. I’ve taken to pushing both up and down buttons and getting on for either direction just to get a chance for this fun house ride. Better to park on the upper floors of the parking garage and hike up a few stair flights. The trainer, Hitler’s little girlfriend Eva Braun would be so proud of my forced exercise but its making me too tired to create a new post when I get home from work. This week’s recipe was a new fish recipe that only took about 10 minutes.

The property management company has some balls that’s for sure. Instead of bringing us bagels and coffee to soothe the savage beasts that we have become, they send out flippant parking emails. “We have updated your garage parking passes to not allow you to exit the garage if you pull a ticket rather than swipe your badge.” Sure, right time to be parking Nazis rather than FIXING THE F*CKING ELEVATORS. As far as I can tell, elves in the Black Forest are hand crafting a new transformer, so heaven knows when I’ll return to the Crystal Penthouse. Wish me luck peeps.
Posted by Mrs. Tuna at 8:50 PM 25 comments:

SweetbabyJesusthestatisticsclassfromhellisfinallyover. Listen, I consider myself to be a fairly decent smarty pants but man, taking this as an online class was a serious oversight on my part. Essentially it ends up being self taught because the teacher is boozing it up on her sabbatical sending only sporadic drunk emails. Sheldon, my personal math tutor, was supposed to help but opted to move in with her little wing men and avoid house rules like that pesky curfew. But……the agony is over, I have a few short weeks before I head back to ASU where I’ll be driving myself over the cliff taking 5 classes while working full time at Giant Engineering firm. 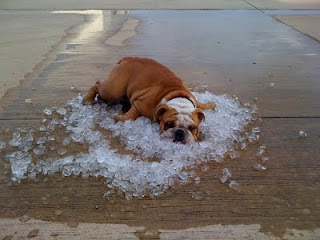 So many topics were swirling in my head while trying to determine if I should divide by the square root of “n” or the standard deviation, it was hard to decide on a subject. It seems like all everyone on Facebook and CNN can talk about is the weather. It’s hot, it’s humid, my thighs are stuck together, well man up the rest of the nation. It’s been over 100 degrees since May in Phoenix, I don’t care how much they say it’s a dry heat. Sure, we’re all high and mighty in February when you’re covered in snow and ice but it’s our reward for living in Satan’s cellar from June to October. This paired with my newfound hot flashes make Mrs. Tuna a tiny bit hostile.

Other strategies I employ are getting up at 3:45 AM (no that is not a typo) to ride two horses, take a shower to remove my helmet head before running into my office veal fattening pen by 8:30. This translates into going to bed at 8:00. I feel like a toddler, overwrought and overtired. Please, someone, anyone, put me down for a nap already. Of course I add ice to my wine to keep hydrated, I mean water is just silly.

In a former life I was a vegetarian for 7 or 8 years. It had nothing to do with feeling like it wasn’t moral to eat animals, it was all about texture. Any meat a little chewy caused instant gag reflex. That’s why ground beef is okay, because its pre chewed. Being married to Mister Meat and Potatoes causes me to create some veggie dishes to offset the clogging of my arteries.

Preheat oven to 450 degrees. On a rimmed baking sheet toss cauliflower with garlic and 3 tablespoons of olive oil and salt. Spread in single layer stirring occasionally until cauliflower is tender, approximately 20 to 25 minutes. Transfer to large bowl and combine with remaining oil, pine nuts, lemon and parmesan cheese.

We’ve been hit with two gigantic dust storms in last couple of weeks. The first, over 100 miles wide and over a mile tall was so thick it left a half inch of fine powder everywhere and full coverage on the weather channel. The chicken sh*t dogs clung to us like we were covered with bacon fat. Earlier this week we had phase two of operation permanent dust in our teeth. One of my coworkers caught it on tape from our 31st floor, pretty impressive. We’re not in Kansas anymore Toto. 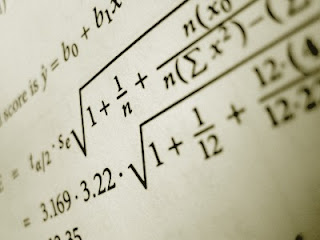 Still chained to my graphing calculator until next Wednesday so here is a repost of an oldie but goodie. 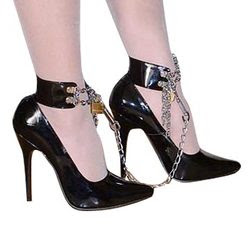 Recently I went to a professional development breakfast where the topic was perfecting your elevator speech. We practiced with each other in a format very similar to speed dating. What I began to realize after round two was I still keep talking, even as the elevator doors closed behind you. I bring this up since I’ve begun to notice this blog is running away with me, too many feisty words. The perfect blog length is between 200 to 300 words. (80 words so far)

I could tell you about the time I was about to be introduced to the US Secretary of Transportation and my co worker told me to keep it on a leash, but that would be 246 words.

Or the time I blanked out on someone’s name during an introduction and had to use his behind closed doors moniker, WBC, (Whine Bitch and Complain) but that would be another 157 words. So quick, out of the gate, this week’s microwave recipe. (164 words and counting)

Brown meat and onion in casserole dish in microwave. Add green beans, tomato soup, basil and Worchester sauce and heat for 8 minutes stirring once or twice. Scoop mashed potatoes on top, heat for 2 minutes. Sprinkle on cheese and heat until melted.

I pledge to fit this blog on a single screen, saving you from having to scroll down. Important to keep that index finger in shape. Length of articles are dependent on the amount of liquor consumed. (Akkk, so close, maybe next time I won’t actually count the recipe, 326 words)
Posted by Mrs. Tuna at 12:53 PM 27 comments:

Stupid Midterm is over but spent the ENTIRE weekend studying for the next senseless test that had to be complete today. I’m finding my brain only has so much capacity, earlier chapters leak out to make room for new sh*t. We were allowed to take a tiny index card with info to the in person test center along with a photo ID for the midterm. Certainly no one was looking to card me. I was pretty skived out by the sweaty scholars and felt the need for a full body condom to ward off their cooties. Grrrrr…..3 more online tests and the final to go, make it stop. 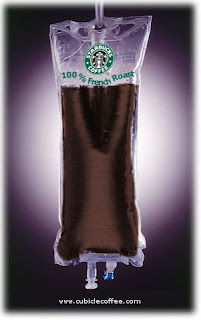 But I have a secret weapon to keep me grinding away at the graphing calculator, Mr. Coffee. When I quit smoking about 20 years ago, I replaced it with eleventy million cups a day to keep that stimulate high necessary to keep this high maintenance b*tch in top performance mode. I’ve literally made three admin peeps quit over the tongue lashings they received for not keeping the office stocked with fragrant beans. But sadly, 2 years ago, I had to cut waaayyyyyy back from a pot a day to one lonely cup due to my blood pressure. But now in my hour of need I’m back at it with a vengeance. In addition to chugging away at the office, I’ve been taking a little stroll over to afternoon iced java at my neighborhood Starbucks, every…..day.

I’m spending so much time there that they start my ice vanilla coffee with 2% while I’m standing in line. I am not tricked by tall, grande and venti. Bring on the extra large…….trenta, pure 32 ounces of cold pleasure. And let me mainline a little lemon bars while I’m at it. I mean I’m already way over my calorie intake, let’s just shoot the wad. And while we’re all overspending our fat content, this week is my Mom’s Coffee Cake to round it out.

I’m finding the need to drink iced coffee even on my days off from the slave market and must venture into new Starbuck’s turf for my little fix. Saturday, I was the lone junkie/customer when little Travis queried my heroin/drink request. “And your name?” he probed. Ummmm….my name, isn’t this like an AA meeting? I mean I’m the only one at the counter. “Yes, your name” he insisted. Maintaining my incognito flair….Umm….Travis, my name is Travis. “Really” he squealed, “just like mine”. Whatever, just give me my crack and a lemon bar to go and nobody gets hurt.
Posted by Mrs. Tuna at 5:04 PM 43 comments: